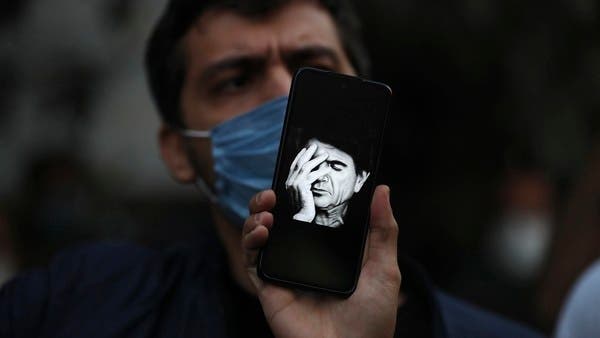 The body of legendary Iranian musician Mohammad Reza Shajarian has been transferred to the city of Mashhad in northeastern Iran from Tehran on Friday, where he was born in 1940.

Iranian authorities imposed partial disruptions to the Internet in the capital Tehran following protests by fans of the late Iranian composer and singer Mohammad Reza Shajarian who died on Thursday, cybersecurity NGO Netblocks confirmed in a report.

Watch: Fans of the late Iranian composer and singer #MohammadRezaShajarian chant “Death to the dictator” outside #Tehran’s Jam hospital, according to one video being shared on social media.#Iranhttps://t.co/ckAcxYxzRI pic.twitter.com/IotDfXcnq1

“Iran has faced a series of network disruptions since 2019, with some attributed to external factors, and others to state information controls or targeted internet shutdowns. NetBlocks investigations have helped identify the root causes of these network outages,” the cybersecurity NGO said in its report.

Shajarian, 80, died of a heart attack in Tehran’s Jam hospital on Thursday, his son Homayoun announced on Instagram.

Videos posted on social media showed hundreds of fans holding a memorial outside Tehran’s Jam hospital where they began to chant “Death to the Dictator.”