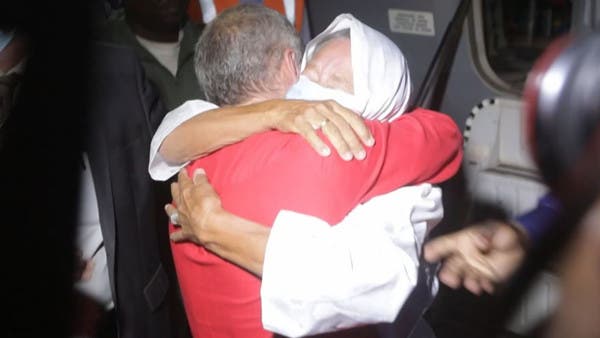 A 75-year-old French aid worker held hostage for four years by extremists in Mali has arrived in France, greeted by President Emmanuel Macron.

Sophie Petronin was released with three other hostages from Mali and Italy this week, and landed Friday at the Villacoublay military airport southwest of Paris. Family members enveloped her in a huge embrace as she descended from the plane.

Before leaving Mali’s capital, she said she was doing well and wanted to return to Mali to resume her humanitarian work with malnourished children and orphans.

Macron expressed joy and relief at her release, thanked the Malian authorities and promised that the French military would continue its fight against terrorism in the region.

French humanitarian worker Sophie Petronin said early Friday she had been treated relatively well during her nearly four years in captivity at the hands of militants, as she and three other newly released hostages celebrated reunions with loved ones.

Her account to French broadcasters overnight came as fellow ex-hostage Soumaila Cisse recounted months of arduous conditions before a precarious trip to their extraction point, arriving in Mali’s capital 48 hours after first being released.

“I hung on – I prayed a lot because I had a lot of time,” the 75-year-old Petronin told reporters at the French Embassy in Bamako before boarding a flight to France with her son.