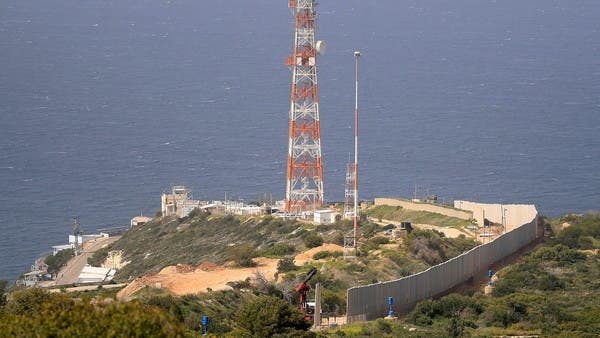 Israel on Thursday announced the members of its delegation that will participate in next week’s first meeting with Lebanon over disputed maritime borders, mediated by the United States and United Nations.

An official Lebanese source also revealed to Al Arabiya English who Lebanon’s delegation would be comprised of during the meeting to be held at a UN building in south Lebanon, on Oct. 14.

Representing the Lebanese army and heading the delegation will be Brig. Gen. Bassam Yassine. Col. Mazen Basbous will also represent the Lebanese military alongside Wissam Chbat, the head of the Lebanese Petroleum Administration (LPA). Maritime affairs expert Najib Masihi will be on the Lebanese delegation as will Hadi Hashem, a senior official from Foreign Ministry.

“This is the tentative list, but we were waiting to see who Israel would send and what level of officials. Now that they revealed the names tonight, we’ll see if Lebanon’s delegation is changed at all,” the source said.

As for Israel, media reports quoted Tel Aviv’s Energy Minister Yuval Steinitz as saying there would be six team members. He said the following would be on the delegation: Ehud (Udi) Adiri, director-general of the Energy Ministry; Foreign Policy Advisor to the Prime Minister Reuven Azar; and Brig. Gen. Oren Setter from the army.

US Assistant Secretary of State for Near Eastern Affairs David Schenker has previously said he will be present at the talks. On the UN side, Special Coordinator for Lebanon Jan Kubis will be attending.

The specific dispute on the maritime border is almost a decade old. US diplomat Frederick Hoff went to Beirut in 2011 in an effort to reach a solution after potential offshore oil, and natural gas reserves were discovered.

Hoff came up with what became known as the “Hoff Line,” which would have seen Lebanon get around 550 sq. km. out of the 860 sq. km. that is disputed.

Succeeding Hoff was Amos Hochstein, who was unable to make any notable progress.

The issue sat on the back burner for years until US President Donald Trump was elected and dispatched then-Secretary of State Rex Tillerson to have a go at getting Lebanon and Israel to reach a deal.

Tillerson’s efforts, like his tenure as the top US diplomat, were short-lived.

Nevertheless, Washington continued hammering away over the years, and Ambassador David Satterfield was handed the file.

Familiar with both countries and their officials, Satterfield spent significant time flying between Beirut, Washington and Tel Aviv mediating.

Before being appointed as the ambassador to Turkey, Satterfield made notable progress and laid down the initial text between Lebanon and Israel. His efforts were close to succeeding before his time ran out as acting assistant secretary of state for Near Eastern Affairs, since 2017.

Schenker was able to push the final agreement forward in recent weeks but was quick to point out that the talks had nothing to do with normalization.