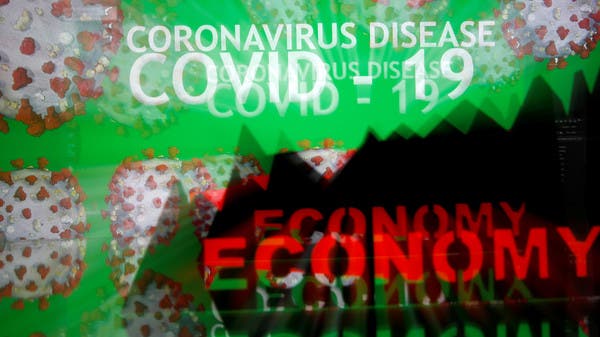 Up to 150 million people could slip into extreme poverty, living on less than $1.90 a day, by late next year depending on how badly economies shrink during the COVID-19 pandemic, the World Bank said Wednesday in an outlook grimmer than before.

Some 82 percent of the people entering extreme poverty are expected to be in middle-income countries such as India, Nigeria and Indonesia, the bank said. Many will be more educated urban residents, meaning cities will see an increase in the kind of poverty traditionally rooted in rural areas.

Most of the new extreme poor, more than 110 million even by the World Bank’s baseline estimate, will be in South Asia and sub-Saharan Africa.

The pandemic has abruptly halted years of progress against global extreme poverty, expected to rise this year for the first time in over two decades. It also threatens to worsen global inequality and make it “harder for countries to return to inclusive growth,” World Bank president David Malpass said.

Global economic growth is expected to fall by 5.2 percent this year, more than in the past eight decades.

Almost a quarter of the world’s population lives below $3.20 a day, a massive number of people vulnerable to the kind of economic shocks that this year have come in waves. Unemployment is rising, and those who scraped together savings have watched them disappear. Families are eating less. Many children, who account for half of the world’s poor, miss out on distance learning.

“Many of the new poor are likely to be engaged in informal services, construction and manufacturing — the sectors in which economic activity is most affected by lockdowns and other mobility restrictions,” the report says, citing phone surveys in countries around the world.

Recovery, experts say, could take a decade — a shattering blow to people who had pulled themselves from poverty and saw a better life ahead.

Developing countries are seeking more assistance from the World Bank, other financial institutions and richer governments to free up resources to fight the pandemic.

They want an extension of the debt moratorium by Group of 20 nations beyond the end of this year, and they call for outright debt cancellation. They also want the issue of special drawing rights by the International Monetary Fund, but Washington has opposed it.

“If the global response fails the world’s poor and vulnerable people now, the losses they have experienced to date may be dwarfed by what lies ahead,” the report says. “We must not fail.”

The extreme poor are disadvantaged even before birth, the report warns: “Their mothers are less likely to receive adequate nutrition and antenatal care; at birth, their very existence is often not officially registered.” Escaping such poverty becomes a huge challenge.

But in Africa, some countries had made “impressive strides” against poverty and several had some of the world’s fastest-growing economies before the pandemic.

Now Africa’s 54 countries say they need $100 billion per year over the next three years to fight COVID-19 and its economic and social effects.

Roughly a third of the newly extreme poor are expected to be in sub-Saharan Africa, between 26 million and 40 million. South Asia, however, will see the largest share, between 49 million and 57 million.

The addition of up to 150 million extremely poor people threatens to rupture governments’ already fraying safety nets. The World Bank estimates between 88 million and 115 million people could slip into extreme poverty this year, with another 23 million to 35 million in 2021.

And climate change could drive another 100 million people into poverty by 2030, the report says, with sub-Saharan Africa seeing some of the “most destructive impacts” of global warming.

The report “offers no simple answers to these major challenges currently confronting the world, because there are not any,” the World Bank authors write. “The world can rise to the occasion — or succumb.”

US pharmaceutical firm applies for emergency approval for COVID-19 antibodies