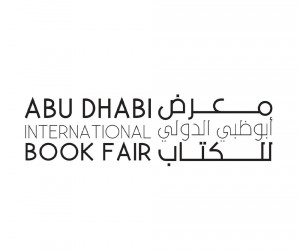 ABU DHABI, 7th October, 2020 (WAM) — The Department of Culture and Tourism – Abu Dhabi, DCT Abu Dhabi, has announced the opening of registration for those wishing to participate in the 30th edition of the Abu Dhabi International Book Fair, which will be held at the Abu Dhabi National Exhibition Centre, ADNEC, from 23rd to 29th May 2021.
In March 2020, DCT Abu Dhabi announced the postponement of this year’s Abu Dhabi International Book Fair, in line with the UAE government’s preventive measures to preserve public health. However, certain programming was moved online, with the Fair hosting a series of virtual sessions featuring esteemed writers and renowned cultural figures from around the world.
Abdullah Majed Al Ali, Executive Director of the Dar Al Kutub Sector at DCT Abu Dhabi, said, "As a nation, the UAE has responded to the pandemic with an internationally commended approach, which has enabled us to continue with many of our cultural programmes without putting participants at risk by quickly adapting and moving events into the virtual online space. But we must look forward to the future and we are extremely pleased to have confirmed dates for the return of the Abu Dhabi International Book Fair, which is undoubtedly a highlight on our events calendar. We also want to thank everyone who has been working so tirelessly to keep our programming on track, often with very short notice; their efforts have enriched all our lives."
In its most recent edition, the Fair saw more than 1,066 exhibitors from 76 countries take part, with more than 500,000 books presented. For 2021’s highly anticipated event, the country featured as Guest of Honour will be the Federal Republic of Germany, with a spotlight on its rich cultural heritage, contributions to the knowledge sector and efforts in cultural exchange.
Founded by the late Sheikh Zayed bin Sultan Al Nahyan, since its launch in 1981 the Abu Dhabi International Book Fair has become a popular fixture on the international events calendar, with the Fair hosting the most prominent Arab and international publishing houses each year.
The event provides a platform for publishers, libraries, agents, and cultural and governmental bodies from around the world to exchange ideas, explore cultural dialogue and do business with one another, and in its three decades of operation has earned a well-regarded reputation on the world stage.
Exhibitors can register to participate in the next Abu Dhabi International Book Fair before 23rd February 2021, via the exhibition website: https://adbookfair.com.