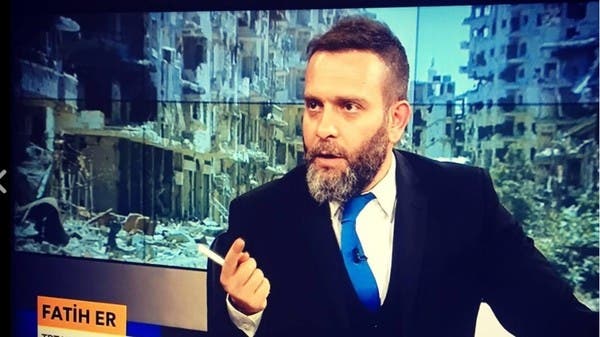 The director of a Turkish state-run English-language news channel was named and investigated by police as a suspect in a 2013 probe into an Iranian paramilitary network in Turkey, reported the Nordic Monitor on Monday, citing secret court and police documents.

According to the Sweden-based newspaper, Turkish police launched an investigation into Iran’s Islamic Revolutionary Guards Corps – Quds Force (IRGC-QF) activities in Turkey, uncovering a network of Iranian and Turkish operatives.

While the investigation was reportedly silenced by President Recap Tayyip Erdogan in 2014, the Nordic Monitor published what it said were Turkish court documents that “identified many Iranian and Turkish nationals as Quds Force operatives and associates.”

One of the names mentioned in the documents was Fatih Er, the news director of state-run TRT World and former bureau chief for TRT in Jerusalem.

According to the Nordic Monitor, authorities had permission to wiretap Er’s phone to investigate potential connections to Iran’s IRGC-QF, which specializes in unconventional warfare and foreign intelligence operations.

“The documents, classified as secret, detail multiple wiretap warrants issued for Fatih Er… by Turkish courts that were overseeing counterterrorism cases in Turkey,” it said.

One warrant was issued in March 2013 after a request was filed by the special counterterrorism section of the Istanbul Chief Public Prosecutor’s Office.

“The warrant authorized the investigators to monitor not only Er’s phone conversations but also his Gmail account in order to decode the IRGC network, operating under the Turkish name Tevhid Selam,” the Nordic Monitor reported.

Authorities reauthorized the warrant six times based on new leads that police reportedly discovered from the communications.

“The wiretaps reveal the suspects were concerned about the exposure of their past dealings in Syria and did their utmost to keep them a secret,” the report said.

The report also alleges that the Er was “involved as an activist with radical Turkish charity group the Foundation for Human Rights and Freedoms and Humanitarian Relief (IHH).”

Er was heard speaking with the MIT President Mehmet Akif Ersoy in one of the recorded conversations, in which Er reportedly told Ersoy that “he was marching in an IHH rally in Istanbul.” Ersoy is a former TRT Cairo bureau chief.

Investigations also showed that Sefer Turan, Erdogan’s chief foreign policy adviser for Muslim and Arab states, and Mustafa Varank, Turkey’s industry and technology minister, had been secretly working to promote Quds Force interests in Turkey, according to the report.

Nordic Monitor said that President Erdogan had stopped the investigation after a separate corruption probe in December 2013 had incriminated members of his inner circle.

All suspects were left to roam free and the investigation was dropped when a new pro-Iran prosecutor, Irfan Fidan, took over the case.

“Instead, the prosecutors and police chiefs who had investigated the Quds Force for years as well as the judges who authorized warrants such as wiretaps and surveillance were subsequently charged in sham judicial investigations with attempting to overthrow the government,” the Nordic Monitor said.

All prosecutors, judges and investigators involved in the probe, as well as journalists who reported on IRGC activities in Turkey, were later indicted, according to the report.

“Many have been jailed pending trial since 2015.”