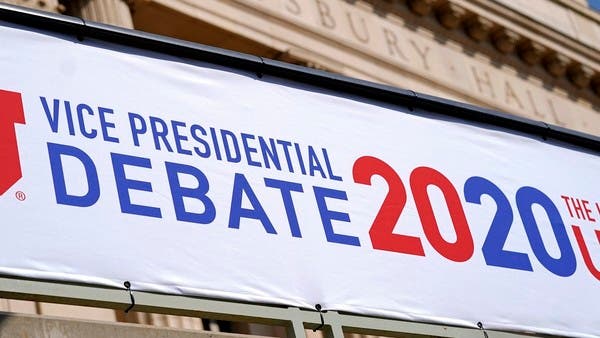 After a dismal performance by both candidates in the first presidential debate last week, the running mates of President Donald Trump and Democratic nominee Joe Biden will face off Wednesday night for their own debate.

Vice President Mike Pence and Senator Kamala Harris will take the stage in Salt Lake City at the University of Utah.

And although it is expected to be a calmer version of the haphazard debate between Trump and Biden, where moderator Chris Wallace was unable to control both candidates, Pence and Harris are no strangers to arguments.

Pence surprised many during the runup to the 2016 presidential elections when he fended off then-VP candidate Tim Kaine.

Analysts and election observers see Pence as an underrated debater who knows how to counter aggressive attacks.

For her part, Harris, a former prosecutor and current Senator, will look to prove that she is a capable running mate. Noticeably absent from public appearances or interviews since being nominated by Biden, Harris will undoubtedly be hit with questions from Pence over her previous attacks on Biden for racist comments.

Harris will also look to answer questions on healthcare and environment policies. Harris and Biden butted heads during the Democratic debates when the former pushed more progressive agendas, criticized as radical by Republicans.

Meanwhile, Pence will have a target on his back where Harris is expected to aim on the issue of the coronavirus. Pence was tapped by Trump to lead the White House Coronavirus Task Force.

The Democrats and Harris, in particular, have been critical of the Trump administration’s response to the pandemic, which has taken more than 200,000 lives in the US.

It is unclear if there will plexiglass barriers separating Pence and Harris as an extra layer of safety against the coronavirus’s spread.

Like Trump, Pence has seldomly been seen wearing a face mask in public.

US Elections: Biden slams Trump over reassuring remarks on COVID-19