Turkey on Tuesday urged the world to stand by Azerbaijan in the Nagorno-Karabakh conflict and questioned calls for a ceasefire in the ethnic Armenian region.

Read more: Over 20 more servicemen in Nagorno-Karabakh killed in fighting with Azerbaijan

“To put these two countries on equal footing means awarding the occupier. The world must be on the side of those who are right, namely on the side of Azerbaijan,” Turkish Foreign Minister Mevlut Cavusoglu said on a visit to Baku, adding: “There are calls for a ceasefire, but what will happen next?”

The visit comes a day after Russia, the US and France called on Armenia and Azerbaijan to agree an “unconditional ceasefire” after the neighbors began shelling major cities in an escalation of their conflict over the disputed Nagorno-Karabakh region. 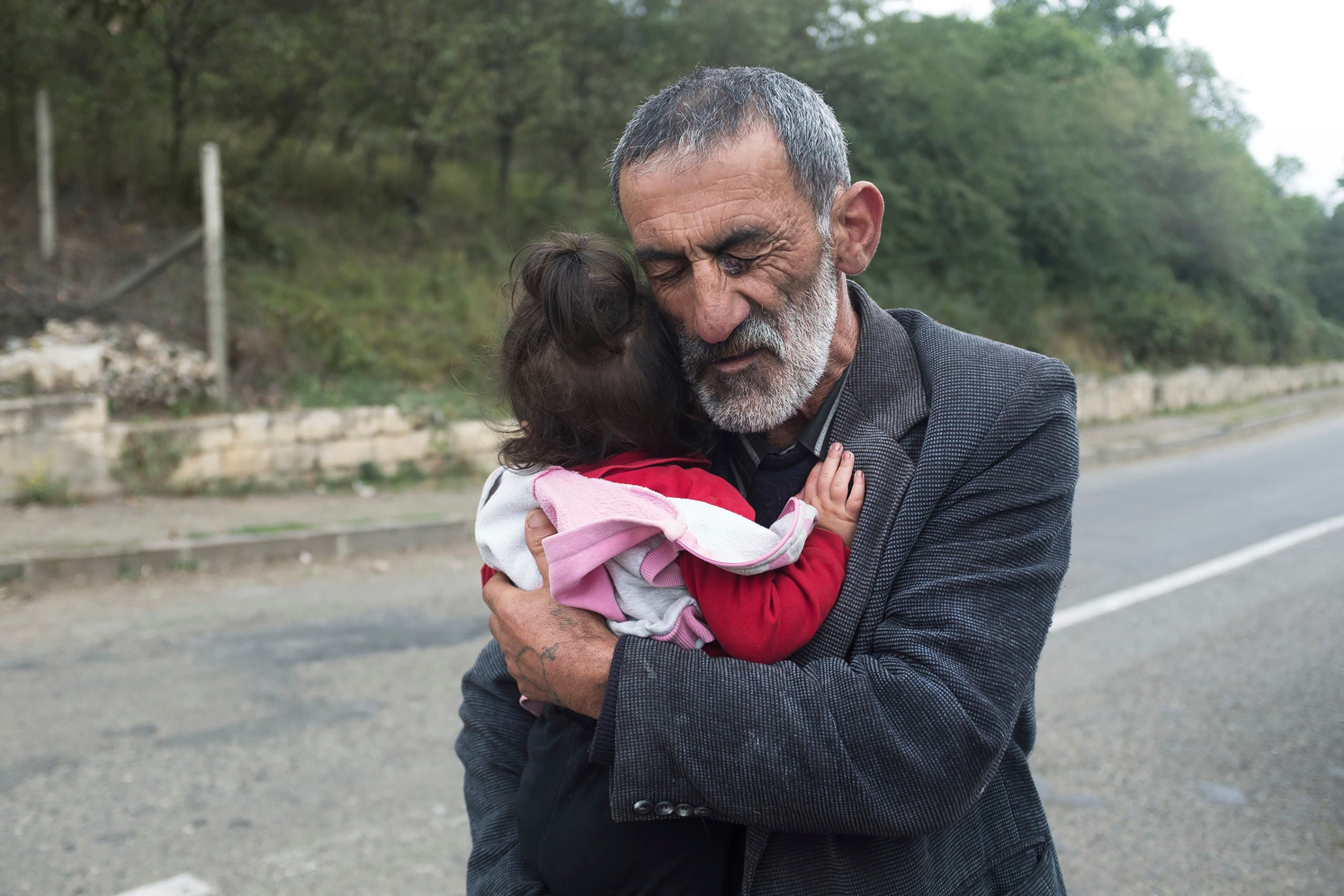 A local resident holds his granddaughter in the Hadrut province of self-proclaimed Republic of Nagorno-Karabakh, Azerbaijan on Oct. 1, 2020. (AP)

Cavusoglu said the latest call for a ceasefire was “no different” from the previous ones.

“Ok, let the ceasefire take place but what will be the result? Can you (the world) tell Armenia to immediately withdraw from Azerbaijani territories or can you produce solutions for its withdrawal? No,” he said.

“They have been making the same call for nearly 30 years.”