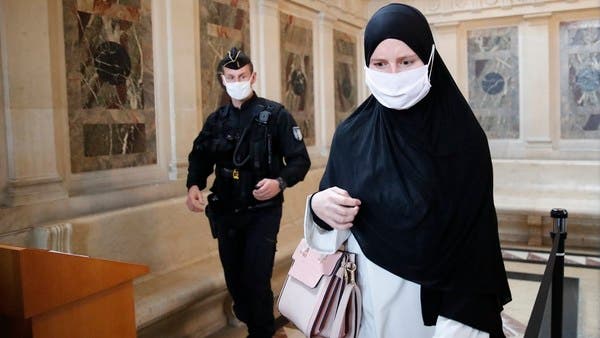 A 29-year-old Algerian man went on trial in Paris on Monday accused of killing a woman and trying to blow up a church near Paris, a failed 2015 attack that investigators say was orchestrated by ISIS extremists in Syria

Instead of bombing a Sunday Mass in the Paris suburb of Villejuif, Sidi Ahmed Ghlam shot himself in the leg, and was soon arrested.

The incident came amid a series of extremist attacks in 2015-2016 that rocked France.

Another Paris court is currently holding a two-month trial into January 2015 attacks that killed 17 people at satirical newspaper Charlie Hebdo and a kosher supermarket.

While all the gunmen in those attacks were killed by police, Ghlam survived his attempted bombing three months later, and began a monthlong trial starting Monday on charges of murder and attempted terrorist murder.

Ghlam, who faces life in prison if convicted, denies wrongdoing.

Nine other defendants are being tried alongside him. Seven are believed to have provided logistical assistance such as weapons and protective vests.

The other two are extremists accused of guiding his attempted attack, who are believed to be in Syria and possibly dead. The third sponsor, Abdelhamid Abaaoud, was killed by police after allegedly coordinating the worst attacks on France since World War II, coordinated assaults on November 13, 2015, on the Bataclan concert hall in Paris, France’s national stadium and multiple cafes.

Ghlam had been on the radar of authorities in Algeria and France for his proximity to ISIS. Investigators say he traveled to Turkey in late 2014 and early 2015 where he met Abaaoud and the other operatives.

On April 19, 2015, fitness instructor Aurelie Chatelain was shot to death in her car, which had been set on fire, near a church in Villejuif.

Soon afterward, Ghlam called for help, claiming to have been the victim of gunfire near his home, in the 13th arrondissement or district of Paris, not far from Villejuif. Doctors notified police.

Police believe Ghlam shot Chatelain and was in fact planning to carry out an attack against the Villejuif church.

According to investigators, Ghlam had to give up attacking the church after accidentally shooting himself in the leg while trying to put his weapon back in his belt.

Ghlam told investigators that he intentionally shot himself in the thigh, having second thoughts about carrying out the planned massacre.
He says Chatelain was accidentally killed by an accomplice named “Hamza.” None of the other suspects has mentioned this supposed accomplice.

Defense lawyer Jean-Hubert Portejoie told The Associated Press that Ghlam “acknowledges the preparatory phase and contacts with the ISIS group” and maintains that he was one of two attackers. Ghlam “was supposed to carry out carnage in a church, but he couldn’t do it, and preferred to shoot himself in the leg,” Portejoie said.

Many weapons were found in his car and at home, and his computers showed frequent links to Syria. Ghlam acknowledged to investigators having been in contact and guided by three ISIS operatives: Abaaoud, Abdelnasser Benyoucef and Samir Nouad.

Benyoucef is also the alleged sponsor of Amédy Coulibaly, the gunman in the January 2015 kosher supermarket attack. Benyoucef and Nouad, a member of Algerian militant group GIA in the 1990s, are believed to have died in suicide attacks in Syria, and are being tried in absentia in the Villejuif case.