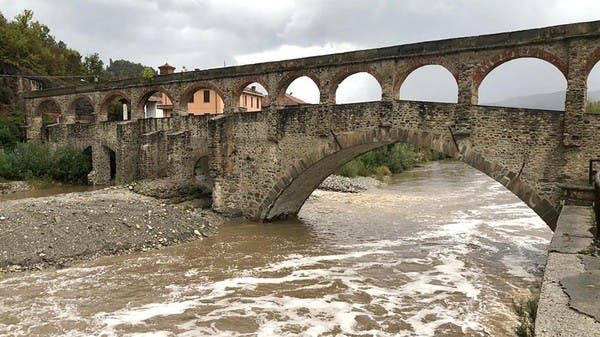 Five bodies were discovered in northwestern Italy on Sunday, including four washed up on the shore close to the border with France, officials said, in deaths thought to be caused by severe storms in the region.

At least some of the corpses might have been swept down the coast from France.

Officials said on Saturday that two people died and nine were missing after fierce rains and strong winds lashed the border areas linking the two countries since Friday.

Four of the bodies were found on a stretch of coast between the border town of Ventimiglia and Santo Stefano al Mare, police said. The fifth body was discovered slightly inland near to a river. None of the corpses were immediately identified.

The bad weather caused millions of euros of damage, with several road bridges swept away in Italy, and streets in some towns littered with debris, mud and overturned cars.

Officials in the Piedmont region reported a record 630 mm (24.8 inches) of rain in just 24 hours in Sambughetto, near to Switzerland – more than half its annual average rainfall.

In Limone Piemonte, close to France, a three-storey house was swept off its foundations and into a river. In the nearby village of Tanaro, floodwaters destroyed the local cemetery, sweeping away dozens of coffins.