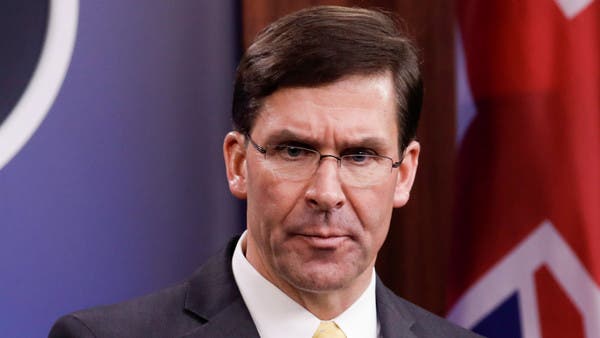 Secretary of Defense Mark Esper on Sunday visited Kuwait to extend the condolences of the US administration to the country’s leaders after the death of its emir, Sheikh Sabah al-Ahmad Al-Sabah.

Esper expressed “sincere condolences” for the loss of Sheikh Sabah, who died on Tuesday at the age of 91, in a meeting with the new emir Sheikh Nawaf al-Ahmad Al-Sabah, who also expressed concern over the health of US President Donald Trump.

Sheikh Nawaf said he was glad that Trump, who has been hospitalized after being diagnosed with coronavirus, was “recovering and well”. Esper thanked him for his “expression of concern.”

Kuwait and the US are close allies, bound by a defense agreement that expires in 2022.

Their alliance was sealed with the Gulf War in 1991, during which a US-led international coalition expelled Saddam Hussein’s Iraqi troops from Kuwait after seven months of occupation.

Camp Arifjan, near the Saudi border, is a key base for US troops stationed in the country.

Before arriving in Kuwait on Sunday, Esper spent the night in Qatar, another US ally in the oil-rich Gulf, where he discussed “the importance of the strong defense partnership” between the two countries.

Esper thanked Qatar for hosting some 8,000 US military personnel at the Al-Udeid Air Base, the US’s largest in the region.

The Pentagon chief had been on a North Africa tour aimed at beefing up the fight against jihadists in war-torn Libya and the Sahel, and on Friday signed a military cooperation deal with Morocco.

Body of late Emir Sheikh Sabah arrives in Kuwait from US