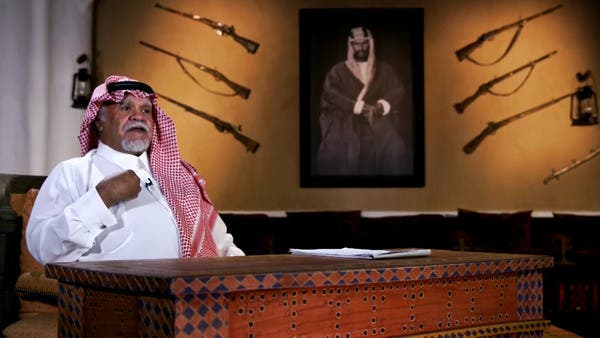 Prince Bandar is Saudi Arabia’s former ambassador to the US and served as director general of the Saudi Intelligence Agency from 2012 to 2014 and the head of the National Security Council from 2005 to 2015.

He represented the Kingdom in Washington for over 20 years where he developed close relationships with successive American presidents.

In the exclusive interview with Al Arabiya, Prince Bandar discusses the Kingdom’s position on the Palestinian cause, calling out the Palestinian leadership for its historical and ongoing “failures,” including its criticism of Gulf states following the UAE-Israel peace deal.

“What I heard from Palestinian leadership in recent days was truly painful to hear. This low level of discourse is not what we expect from officials who seek to gain global support for their cause. Their transgression against the Gulf states’ leadership with this reprehensible discourse is unacceptable,” Prince Bandar told Al Arabiya.

Prince Bandar also discussed a range of topics including insider anecdotes from his time in Washington and the role of Palestinian leaders such as Yasser Arafat in the failure to secure an Arab-Israeli peace.

The interview will be shown in three parts. Al Arabiya English will stream the first part of the interview along with a full English transcript at 9 p.m. KSA – 6 p.m. GMT on Monday.