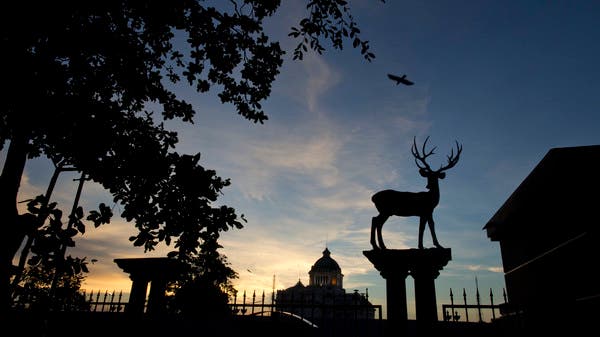 The head of Thailand’s state zoological agency was shot dead Saturday as he was pursuing an investigation into the suspicious disappearance of rare animals from a zoo in a southern province.

Police Capt. Komalpan Srithep said that Suriya Saengpong, the director-general of the Zoological Park Organization of Thailand, was shot several times in the offices of the Songkhla Zoo.

Srithep said the suspected gunman, a senior official at the zoo, fled the scene of the shooting and killed himself in his living quarters.

The motive for the killings was not immediately clear, though Srithep said the suspected gunman was one of four senior zoo officials being investigated.

Missing animals from Songkhla Zoo became headline news in Thailand this past week when leaked documents showed that Minister of Natural Resources and Environment Varawut Silpa-archa was dissatisfied with an initial probe into the disappearance of a rare albino barking deer from there in February.

Songkhla Zoo director Chalermvudh Kasetsomboon had reported that he had obtained photos that indicated the deer was eaten by a Burmese python, but his assertion was received with skepticism.

The online site Isra News, which published the leaked documents, said there were suspicions that the missing deer, along with other animals, was sold to or stolen by wildlife traffickers.

Varawut then ordered a a new investigation, which Suriya traveled to Songkhla from Bangkok to launch Saturday.

The illegal trade in wildlife generates about $25 billion in criminal income each year, according to TRAFFIC, an international conservation group that monitors such activities, It is believed to be the world’s fourth most lucrative criminal activity after trafficking in drugs, humans and arms.

At least 15 killed in truck bomb attack in Afghanistan

Fawzia Koofi: Without women’s rights in Afghanistan, democracy will never be complete

Gun-related violence is not rare in Thailand, though it is unusual for a senior official to be killed as a result of a workplace dispute.

In February in northeastern Thailand, a Thai Army soldier who believed he had been cheated by his commanding colonel in a property transaction shot dead the officer and then went on a shooting rampage that left 31 people dead, including himself.