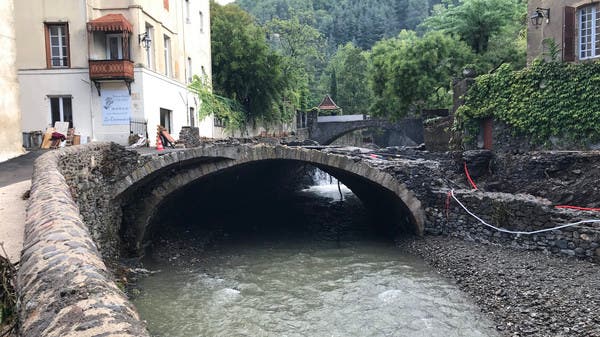 At least nine people were missing Saturday after almost a year’s average rainfall fell in less than 12 hours in the mountainous area surrounding the city of Nice, in southeastern France.

Authorities said flooding damaged houses, bridges and roads overnight in the mountainous Alpes-Maritimes region, close to the border with Italy.

Nice mayor Christian Estrosi expressed his “emotion and sympathy” for the families of the missing. He said over 100 homes have been destroyed or severely damaged.

“Together we will get through this,” he said.

France’s national weather agency, Meteo France, said that up to 500 millimeters of rain (19.7 inches) were recorded in some areas, the equivalent of almost one year of average rainfall.

Meteo France had issued a danger alert on Friday and all schools in the region had been closed. Local authorities urged people to stay at home.

French Prime Minister Jean Castex and Interior Minister Gerald Darmanin are expected to arrive in the area later on Saturday.