Dubai is increasingly becoming a sought-after destination for higher studies by Indian students, with the number of students from the country seeking admissions in campuses in the emirate tripling in the last five-year period, top executives and sector experts have revealed.

Indian universities and business schools in the UAE are also reporting higher intake of international students in their campuses, with universities such as Amity University reporting students from 65 countries on its enrollments.

“This year has particularly seen a big jump in the number of students from India seeking admissions in our university in Dubai, as also in many other university campuses in the UAE because of the confusion and uncertainty over admissions in the US universities,” Atul Chauhan, Chancellor of Amity University and President of Amity Foundation, told Arabian Business.

Reiterating the trend, Gayatri Kant, a relationship manager with TC Global – formerly known as The Chopras – a leading Indian agency in overseas educational services, said: “From the earlier level of 5-6 percent, the number of students seeking admissions in various higher educational institutions in the UAE this year has gone up to almost 10 percent of the total number of students going for overseas studies.”

To put things in perspective, the number of higher educational centres – universities and campuses of foreign universities – in the UAE is far less, fewer than 20, compared to hundreds of universities in Western countries like the US or the UK.

This explains, besides factors such as presence of some of the Ivy League and reputed institutions in these countries, the reason why these countries still account for the largest chunk of Indian students going for overseas studies.

“Of the approximately 620,000 Indian students going overseas for undergrad or higher studies last year, the US and UK together accounted for roughly 55-60 percent. Then comes countries like Canada and Australia in terms of large students outflow,” said Sudhir Arya, partner at the Delhi-based Council for American Education.

“This year, however, it was a classic case of ‘the US’ loss was Dubai’s gain’. While many students deferred admissions this year because of the uncertainty on admissions and visa issues for US admissions, many also opted for Dubai and Canada for admissions,” Arya said.

BITS Pilani, Manipal Academy of Higher Education, IMT and SP Jain School of Global Management are the other Indian higher educational institutions which have campuses in Dubai.

Education sector experts said the UAE has taken several initiatives in the recent years which are attractive to students from India to choose it over the UK, Europe or US.

“Dubai is fast emerging as the new regional international hub for higher studies,” Chauhan said, adding that the number of students at Amity University Dubai has seen a significant rise in recent years. 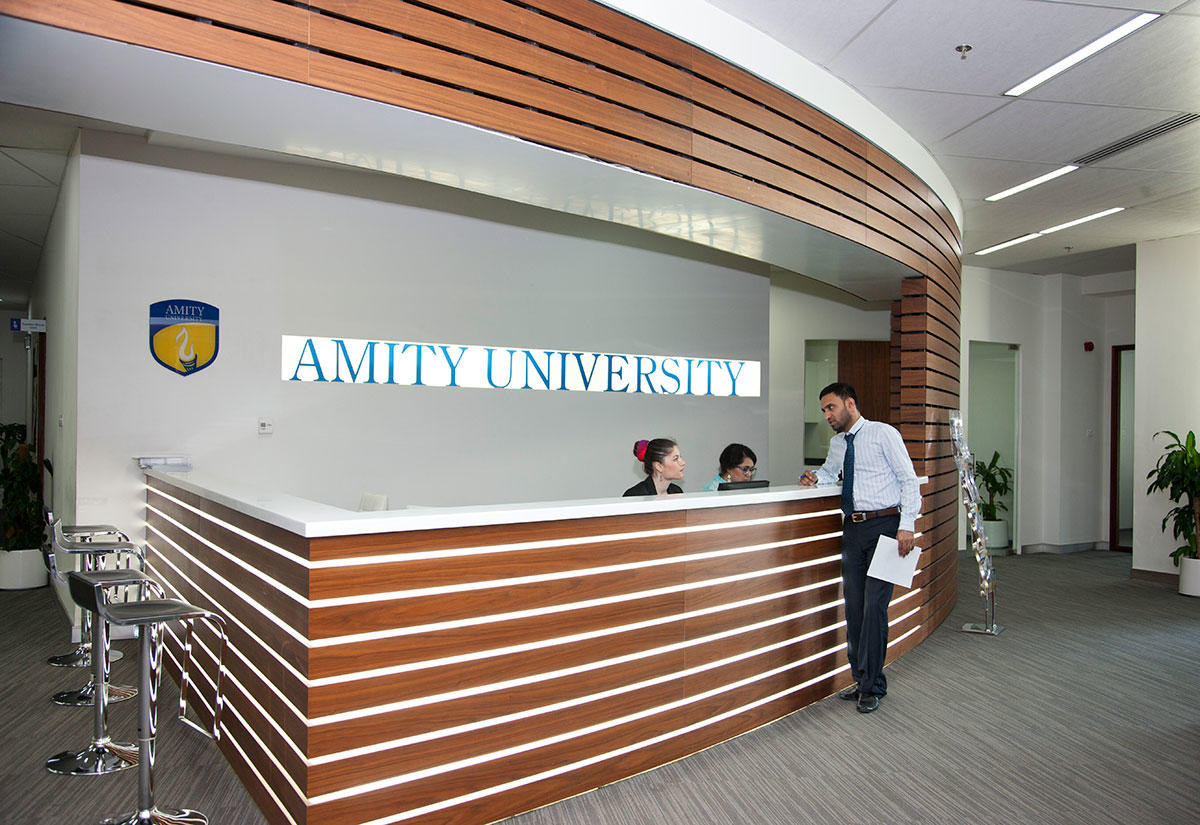 “Our university currently has about 3,000 students enrolled and it’s become truly an international university with students from across the globe studying there. We are getting more and more students from countries like Germany, France and several other European countries,” Chauhan said.

CN Radhakrishnan, an education sector expert and chairman and co-founder of Storiyoh, a Dubai-based digital media application in the knowledge sector, listed several new initiatives taken by the UAE to promote higher education.

“The UAE encourages well-established universities from around the world to set up branch campuses in the emirates; the International Academic City and the Knowledge Village are higher educational hubs created to provide world class standard infrastructure and conveniences for students to pursue their higher studies; from a wide variety of course offerings to building your first resume with a career counselor – there are a plethora of resources available to students who study in the UAE.

“There are a range of study abroad opportunities – from large public universities to smaller private colleges – and everything in between. Many of these are accredited by the UAE’s Ministry of Higher Education and Scientific Research (MOHESR),” said Radhakrishnan, who is a former senior executive director and board member of GEMS Education in Dubai.

“UAE is known as a melting pot of cultures from all around the world with its incredible diversity,” Radhakrishnan said. 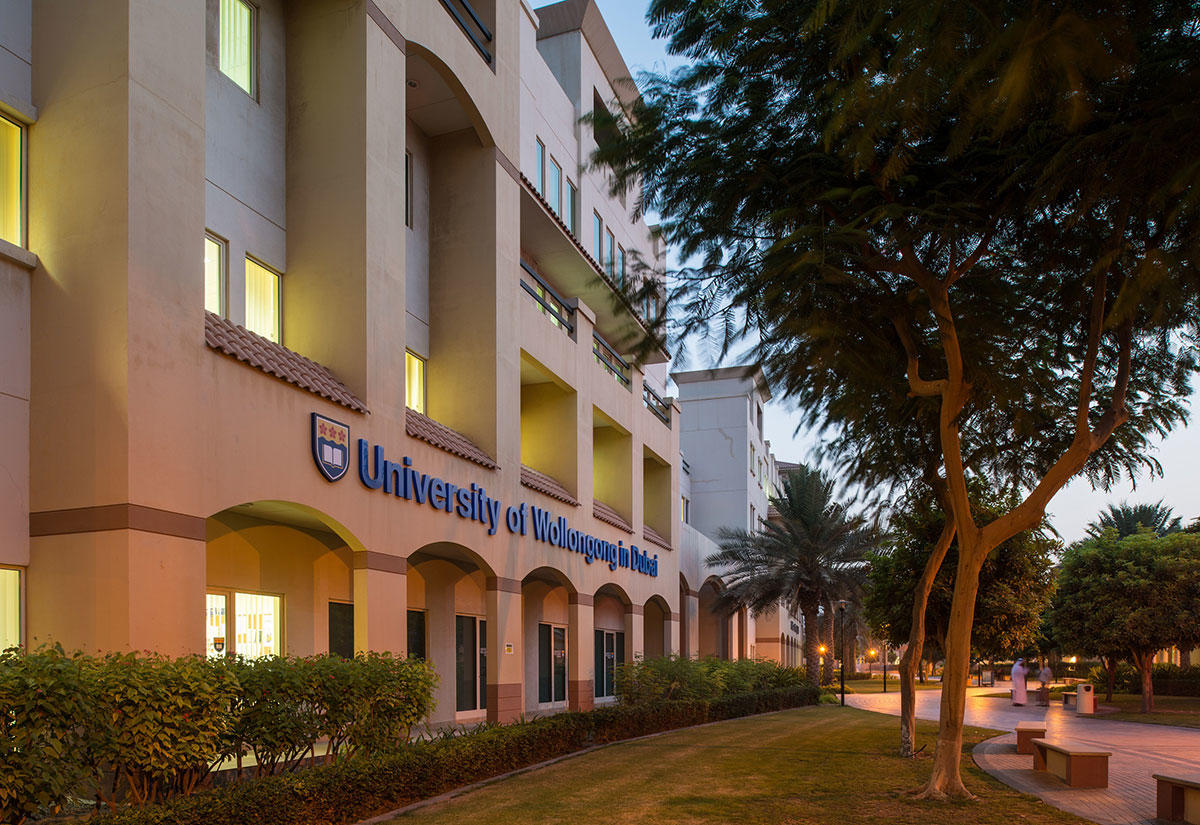 Chouhan added: “Advantages such as the cost of living and the cost of education being much less compared to that in several Western countries, geographical proximity to the country and the presence of a large Indian diaspora are the other factors which are weighing in favour of more Indian students to opt for Dubai or Abu Dhabi for education.”

Chauhan said that compared to a university fee of $30,000-$55,000 in universities in the US and other Western countries, the fee in the UAE universities and campuses are much less – within the $15-$25,000 bracket.

“This is a major factor which influences the cost-conscious Indian parents,” he pointed out.

Chouhan said the prospects of getting a job in the UAE is another reason for the increasing popularity of Dubai for higher studies.

“We have about 90 percent of our students in the Dubai University getting campus placements year after year,” Chouhan said, adding that besides the traditionally popular streams such as engineering and management, Indian students are now also opting for subjects such as forensic studies and communications because of increased job opportunities in these fields. 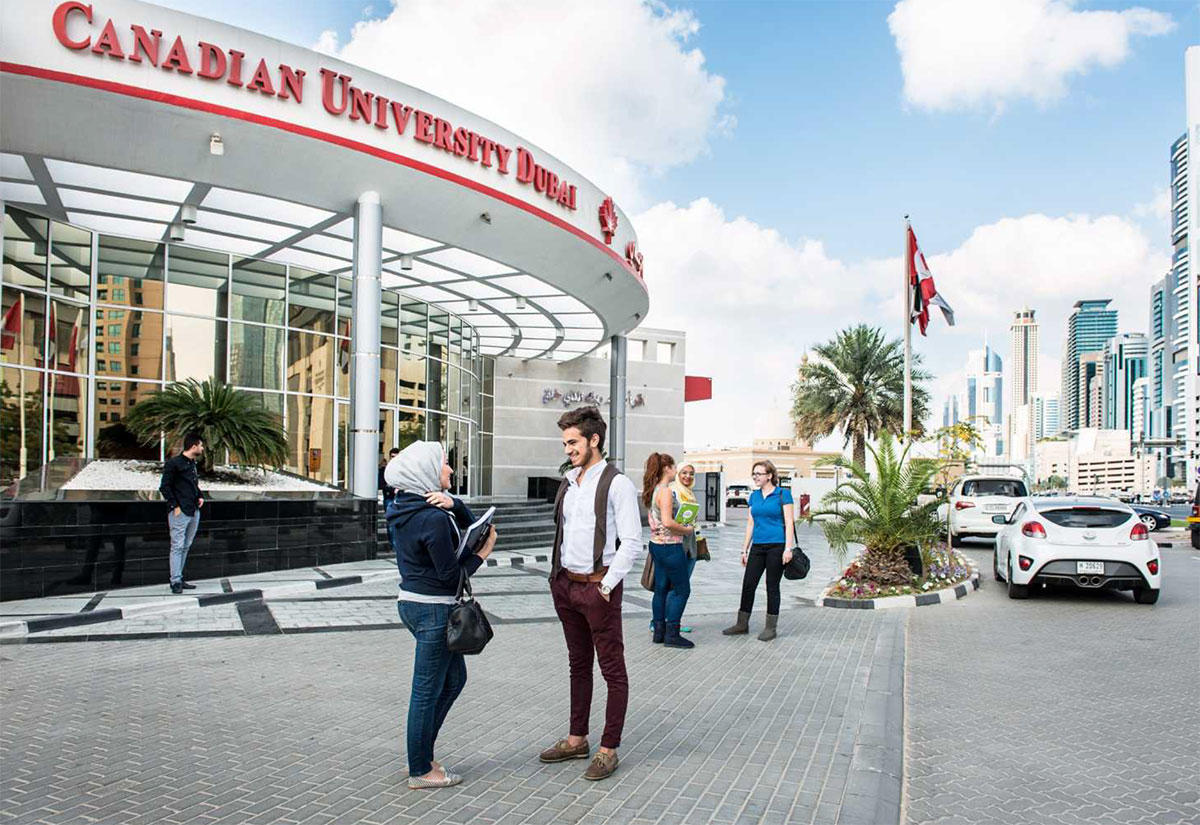 “The salary levels are also higher compared to what companies in India would offer,” Chouhan added.

Prakul Kumar, head of HR at Dabur International, also pointed out the increased levels of employability and job prospects for Indian students in the UAE.

“A number of Indian institutes excelling in higher education have presence in UAE and they have exchange programme from India to UAE and vice versa, which gives exposure to both geographies and Industries.

“Indian students have shown strong presence in technical and management fields,” he added.

Radhakrishan said the only negative is a perception that studying in the original mother campus in the US or the UK is considered better than studying in a branch campus. 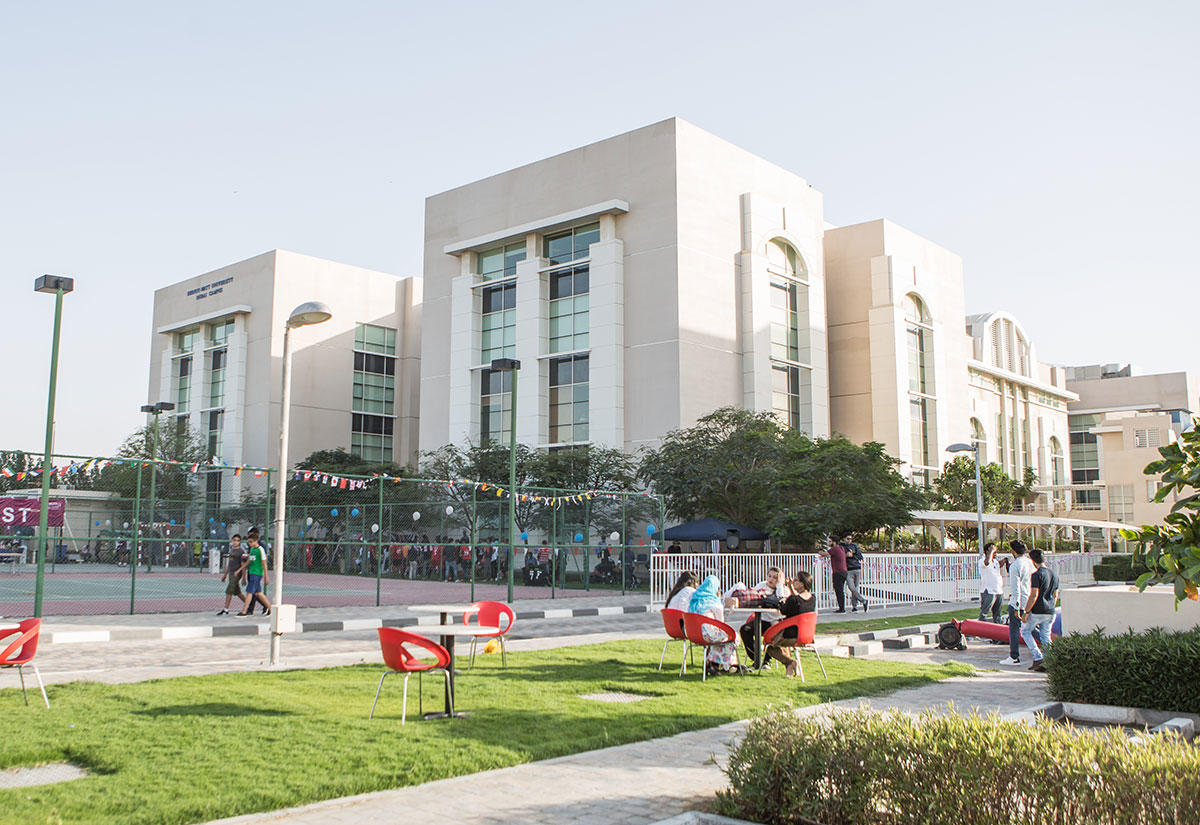 “However, in a changing world, the employers are looking more at a candidate’s knowledge and skills for employment purposes rather than which campus he/she came from,” he said.

Kumar said businesses in the UAE have gradually started coming back to pre-Covid levels, and with this the job markets have also picked up.

“Jobs in online market segments will see a surge as the pandemic has changed shopping ways for consumers. The region has seen an exodus of expats during the pandemic and as the business situation improves, those vacant positions will be filled gradually,” he added.