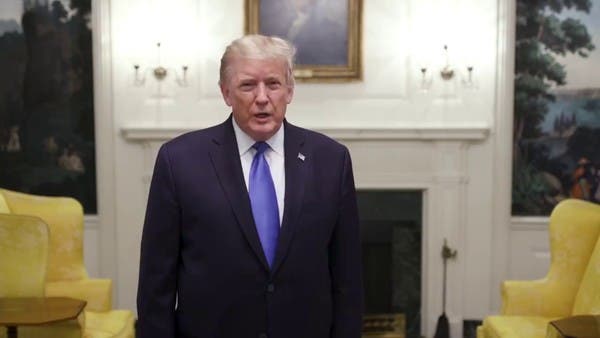 US President Donald Trump said Friday he believes he is “doing very well,” in his first public comments since announcing that he had tested positive for coronavirus.

“I want to thank everybody for the tremendous support. I am going to Walter Reed hospital. I think I am doing very well, but we’re going to make sure that things work out. The First Lady is doing very well. So thank you very much, I appreciate it, I will never forget it. Thank you,” Trump said in a video he posted on Twitter.

Earlier on Friday Trump’s physician said the president remained “fatigued” and announced that he was given an experimental COVID-19 antibody cocktail, which is still undergoing clinical trials.

“Following PCR-confirmation of the President’s diagnosis, as a precautionary measure he received a single 8 gram dose of Regeneron’s polyclonal antibody cocktail. He completed the infusion without incident,” Navy Commander Dr. Sean Conley said in a memo.

“As of this afternoon the President remains fatigued but in good spirits. He’s being evaluated by a team of experts and together we’ll be making recommendations to the President and First Lady in regards to next best steps,” he added.

Trump, 74, will be spending a “few days” at a military hospital, according to a statement from the White House.

He will depart the White House by helicopter late Friday for Walter Reed National Military Medical Center, a White House official said. The official said the visit was precautionary and that Trump would work from the hospital’s presidential suite, which is equipped to allow him to continue his official duties.

Doctors urged the move so Trump could get immediate care if needed, the official said.

Press Secretary Kayleigh McEnany said: “President Trump remains in good spirts, has mild symptoms, and has been working throughout the day. Out of an abundance of caution, and at the recommendation of his physician and medical experts, the President will be working from the presidential offices at Walter Reed for the next few days.”