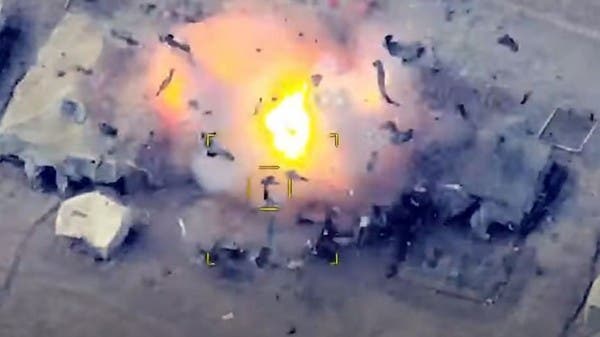 Prime Minister Justin Trudeau said Friday an investigation has been launched into the alleged use of Canadian military technologies in the Armenia-Azerbaijan conflict.

Local media reported that Canadian imaging and targeting systems on unmanned drones are being used by Azerbaijan in clashes with Armenia.

Arms-control advocates have documented the sale of the Wescam gear to Turkey, a close ally of Azerbaijan.

“In regards to the Canadian military equipment that may have been used in this situation, the minister of foreign affairs (Francois-Philippe Champagne) has launched an investigation into what exactly happened,” Trudeau told a news conference.

“It is extremely important that the terms of Canada’s expectations of non-violation of human rights is always respected and we will have more to say as more becomes clear.”

Ottawa announced in October 2019 a freeze on the issuing of export permits for military shipments to Turkey, after its incursions against Kurds in northern Syria. But it was lifted in May.

A government official said if it is now determined that the military technologies have been misused, Ottawa will cancel export permits for related shipments.

Ankara is backing its longtime ally Baku in the fighting over Nagorno-Karabakh, an ethnic Armenian province that broke away from Azerbaijan in a bitterly fought war in the 1990s.

Armenia and Azerbaijan have been locked in a simmering conflict for decades over the region and new fighting that erupted on Sunday has been the heaviest in decades, with nearly 200 people confirmed killed.

Trudeau said his government is “extremely concerned about the situation in Nagorno-Karabakh,” calling for a “de-escalation of hostilities.”

“There is no question, there is not a military solution to this conflict,” he said. “It can only be resolved through proper dialogue and engagement.”

Russia says ready for ‘close coordination’ with Turkey on Karabakh