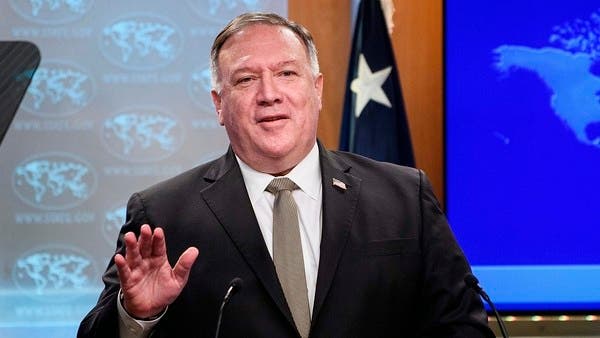 US Secretary of State Mike Pompeo’s visit to Asia next week demonstrates Washington’s strong commitment to allies and partners in the region, the top American diplomat for East Asia, David Stilwell, said on Friday.

Pompeo said earlier on Friday he would go ahead with the trip to Japan, South Korea and Mongolia, even after President Donald Trump tested positive for the coronavirus.

Pompeo is currently in Europe, and is due to leave for Tokyo on Sunday.

He told reporters traveling with him on a visit to Croatia that both he and his wife tested negative for COVID-19 20 minutes before landing in Dubrovnik on Friday.

China objects to Ladakh status, Indian border moves as the two forces face each other

US, Australia, India ministers to meet in Japan next week on Indo-Pacific issues

Pompeo, who is fourth in line to succeed the president if necessary, said he had last seen Trump on September 15.

In a briefing call on the trip for reporters, Stilwell said the United States saw the decision by new Japanese Prime Minister Yoshihide Suga to host Pompeo as a reaffirmation of an ever-strengthening partnership.

Stilwell said a ministerial meeting of the Quad grouping of the United States, Japan, Australia and India next Tuesday would probably not produce a joint statement, adding that the group has shared values, but different perspectives.

Stilwell called the US-Japan relationship “the cornerstone of peace, security and prosperity for the Indo-Pacific” region.

He said the Quad, which China has denounced as an attempt to contain its development, was focused on furthering “a shared vision of a free open and inclusive Indo-Pacific … “especially as (China’s) tactics of aggression and coercion, increase in the
region.”

Recent discussions among the Quad had focused on building cooperation on issues including maritime security and on critical technology, infrastructure and counterterrorism, Stilwell said.

He said there were a lot of areas for discussion, but these could be “free-form as well.”

“This is the wonderful thing about the Quad. … We have shared values, but different perspectives, and from those come great ideas and elegant solutions.”

China-US relations have sunk to the lowest point in decades in the run-up to the Nov. 3 US presidential election.

The world’s two biggest economies have clashed over issues ranging from trade and technological and security rivalry to human rights and the response to the coronavirus, which first surfaced in China late last year.

Washington’s allies and partners in Asia share US concerns about China’s increasingly assertive behavior and extensive territorial claims, but analysts say they have been concerned about the tone of some of Pompeo and Trump’s rhetoric against Beijing.