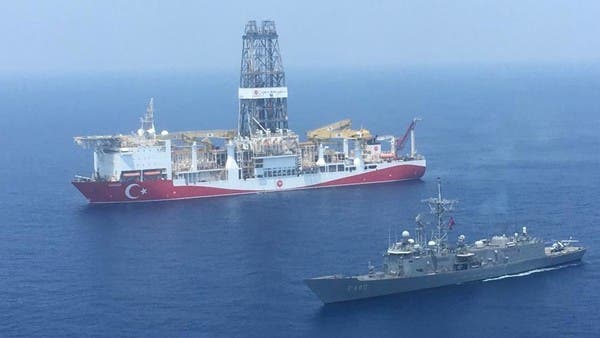 Turkey would be even more determined to protect its territorial rights in the Eastern Mediterranean if the European Union decides on Friday to impose
sanctions on it over offshore exploration, a senior Turkish Foreign Ministry official said.

The official, who requested anonymity, said sanctions would not deter Turkey and suggested they could imperil dialogue planned as soon as this month between Ankara and Athens over disputed maritime boundaries and oil and gas rights.

The warning came as EU leaders held a meeting in Brussels at which bloc member Cyprus has defied Germany and others to call for sanctions on Turkey over what it calls Ankara’s “gunboat diplomacy” and violations of the island nation’s maritime shelf.

Turkey rejected the threat of sanctions by the European Union over Ankara’s gas drilling activities in the eastern Mediterranean as “unconstructive.”

“The continued use of the language of sanctions is unconstructive,” the Turkish foreign ministry said in response to Thursday’s EU summit. “The EU must now understand it will get nowhere with such discourse.”

The Turkish Foreign Ministry also said that some elements of the European Union summit decisions concerning Turkey were positive, but many areas were “divorced from realities.”

Tensions have simmered since Turkish and Greek frigates collided at sea in August near one of Turkey’s exploration vessels, though things have cooled a bit since Turkey and Greece, both members of NATO, said they would resume “exploratory talks” that ended in 2016.

The talks are an effort “to bring Greece into dialogue and finally Greece agreed to that, and we hope to resume those soon,” the official said.

But “if the EU applies sanctions this will not deter us. On the contrary this would increase our resolve and would be a negative stance on the part of the European Union,” he said.

“We will continue our offshore program as we have been doing. Sanctions are not the right way (and) will not deter us to protect our rights to our continental shelf and also the rights of the Turkish Cypriots,” he added.

At the summit, EU leaders broke a diplomatic deadlock and imposed sanctions on Belarus, while assuring Cyprus the bloc would punish Turkey if it continues oil and gas drilling in disputed areas of the Mediterranean.

A draft of the conclusions of the EU summit, which ends on Friday, had no agreed line on Turkey in part because Germany does not want sanctions to disrupt the separate talks between Ankara and Athens.

Speaking to parliament on Thursday, President Tayyip Erdogan said Turkey preferred to resolve disagreements in the Eastern Mediterranean through dialogue and was not seeking tensions and clashes in the region.