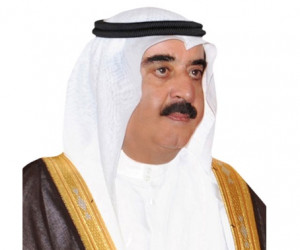 UMM AL QAIWAIN, 1st October, 2020 (WAM) — H.H. Sheikh Saud bin Rashid Al Mu'alla, Supreme Council Member and Ruler of Umm Al Qaiwain, has ordered to rename Al Corniche street in Umm Al Qaiwain after Sheikh Sabah Al Ahmad Al Jaber Al Sabah.
The move is in recognition of the great services of the late Kuwait Emir Sheikh Sabah Al Ahmad Al Sabah for his homeland, the sisterly State of Kuwait and the whole world.
It is also an acknowledgement of the great role that Sheikh Sabah played before the establishment of the UAE Union and his direct follow-up to many of Kuwait's development initiatives in the region.
Sheikh Sabah continued to strengthen the strong brotherly relations between the UAE and Kuwait through various positions he dominated, in turn, culminated in the distinguished relations that the two countries reached during his rule and until his death.