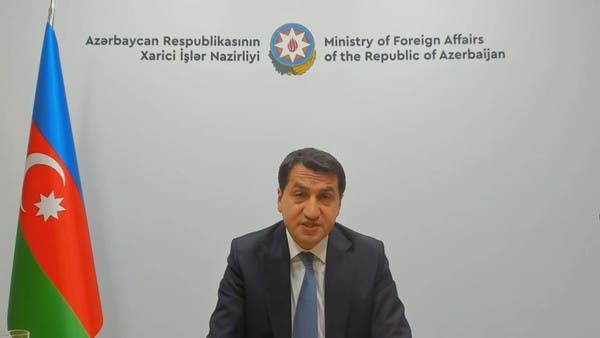 Azerbaijan said it does not need any mercenaries and that it has enough personnel and reserved forces in its conflict against Armenia, according to Hikmet Hajiyev, an aide to Azerbaijani President Ilkham Aliyev.

“Therefore, we don’t need any personnel or any mercenaries from any other countries. Azerbaijan is defending its sovereign territory. Azerbaijan’s territory is under occupation by Armenia,” Hajiyev told Al Arabiya during an interview on Tuesday.

Russia’s foreign ministry said on Tuesday that Syrian and Libyan fighters from illegal armed groups were being sent to the Nagorno-Karabakh region and urged countries involved to prevent the use of “foreign terrorists and mercenaries” in the conflict.

Two Syrian rebel sources have told Reuters that Turkey is sending rebels from areas of northern Syria it controls to support Azerbaijan. Turkey and Azerbaijan denied this.

“I have replied to international media. By the way, I would like to make a correction Russian Foreign Ministry doesn’t accuse Azerbaijan. Russian Foreign Minister expressed generic concern that some terrorists are being deployed to Nagorno-Karabakh region. And I also shared Azerbaijan’s concern about this exact fact that Azerbaijan is speaking about but Armenian side are deploying mercenaries and also terrorists from Middle Eastern countries to Nagorno-Karabakh region of Azerbaijan to fighting against Azerbaijan,” Aliyev added.

NATO allies France and Turkey traded angry recriminations on Wednesday as international tensions mounted over the fiercest clashes between Azerbaijan and ethnic Armenian forces since the mid-1990s.
On the fourth day of fighting, Azerbaijan and the ethnic Armenian enclave of Nagorno-Karabakh accused each other of shelling along the line of contact that divides them in the volatile, mountainous South Caucasus.

Nagorno-Karabakh is a breakaway region inside Azerbaijan but run by ethnic Armenians and backed by Armenia. It broke away from Azerbaijan in a 1990s war but is not recognized by any country as an independent republic.

Armenia not ready for Russia-mediated talks with Azerbaijan, says PM