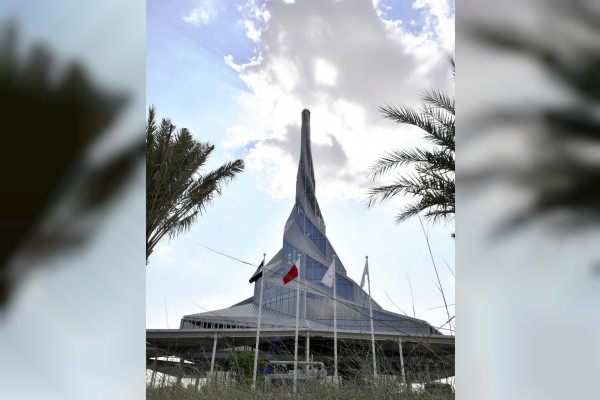 The Congress was held under the patronage of the Ministry of Climate Change and the Environment. DEWA won the Net Zero Building Project of the Year, for its Innovation Centre at the Mohammed bin Rashid Al Maktoum Solar Park; and the Sustainable Design Project of the Year for its new headquarters named ‘Al Shera’a’.

Saeed Mohammed Al Tayer, MD & CEO of DEWA, commended the Emirates Green Building Council’s efforts in organising the Congress, which discussed one of the critical topics for building a sustainable future; while highlighting the UAE’s efforts in transforming towards a sustainable and green economy.

“In Dubai, we have a clear goal to increase the share of clean energy in line with the Dubai Clean Energy Strategy to provide 75 percent of Dubai’s total power capacity from clean energy sources by 2050. We also work to enhance digital transformation, smart grids, and the Fourth Industrial Revolution tools to make Dubai the city with the lowest carbon footprint in the world.

“To achieve these goals, we develop pioneering clean and renewable energy projects such as the Mohammed bin Rashid Al Maktoum Solar Park, the largest single-site solar park in the world with a planned capacity of 5000MW by 2030; retrofitting more than 30,000 existing buildings in Dubai through Etihad Energy Services Company (Etihad Esco) to ensure energy efficiency, and the Shams Dubai initiative,” he said.

Al Tayer went on to say, “So far more than 6,500 sites have been connected to Dubai’s electricity grid with a total capacity of around 250 MW; and DEWA’s new headquarters, Al Shera’a, which will be the tallest, largest, and smartest government Net Zero Energy building in the world.”

Dubai has achieved significant results in the Carbon Abatement Strategy. Dubai has reduced carbon emissions by 22 per cent compared to business as usual, exceeding the target of 16 percent by 2021, he added.