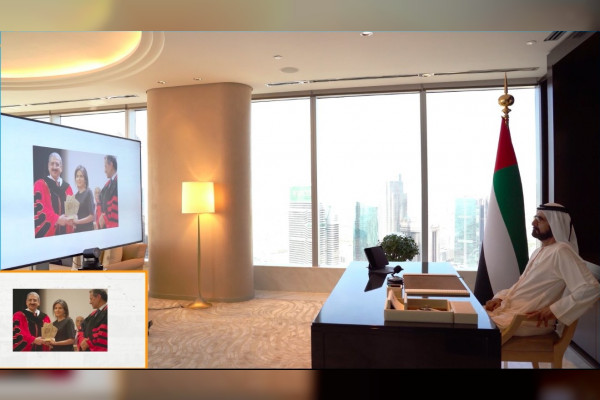 DUBAI, 23rd December, 2020 (WAM) — In the virtual presence of His Highness Sheikh Mohammed bin Rashid Al Maktoum, Vice President and Prime Minister of the UAE and Ruler of Dubai, Dubai Press Club held a virtual ceremony to honour the winners of the 19th Arab Journalism Award.

The Arab Journalism Award honoured 11 winners, selected from about 6,000 nominations. The winners of the Award represented daily newspapers, magazines, online web portals and various media organisations from the Arab world.

This year, the General Secretariat of the Arab Journalism Award decided to host the award ceremony virtually due to the current global challenges related to COVID-19 and the travel restrictions imposed in some countries.

The Arab Journalism Award ceremony was held as part of the 19th edition of the Arab Media Forum. Held under the theme ‘Arab Media: The Future is Digital’, the Forum saw more than 10,000 people tune in to the Forum’s sessions, which were broadcast live on a special platform set up for the Forum and through the live feature on DPC’s official Twitter, Facebook and Instagram accounts. The Arab Journalism Award ceremony was also broadcast live.

The largest gathering of media industry stakeholders in the region, the annual Arab Media Forum has provided a platform over the last two decades to discuss ideas and solutions for enhancing the progress and prosperity of the region.