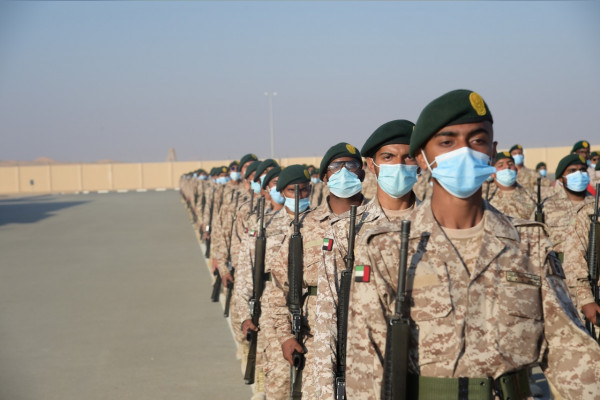 The celebration, attended by several senior Armed Forces officers, started with the National Anthem, followed by a recital of the Holy Quran. The graduates then performed military drills that showcased their readiness to defend the country, which they practised during training.

The military drills highlighted the high morale and physical abilities of the recruits, as well as their patriotism and love for the country.

During the event, the training centre commander delivered a speech, stating, “Today, we celebrate the graduation of the 14th batch, Second Group, of National Service recruits, who completed their basic training with efficiency, spending ten weeks on the use of weapons, shooting, field and battle skills, and other competencies, to prepare them as soldiers. They also attended lectures on academic subjects to reinforce their patriotism and leadership skills. They have proven their worthiness and ability to complete hard training and are ready to start their specialist training in various Armed Forces units.”