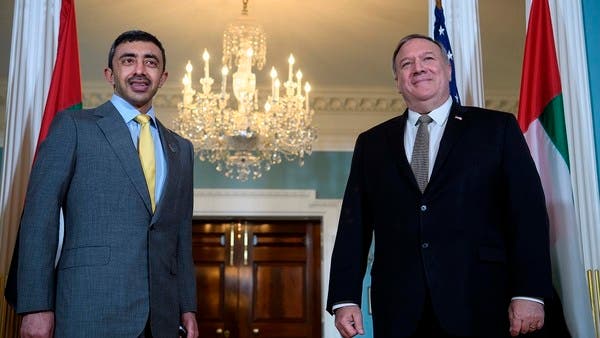 US Secretary of State Mike Pompeo Wednesday praised the “monumental accomplishment of the Abraham Accords” during a meeting with the Emirati Foreign Minister Sheikh Abdullah bin Zayed al-Nahyan, in Washington.

“The Secretary commended the Foreign Minister for the monumental accomplishment of the Abraham Accords and thanked him for his participation in the White House signing ceremony,” a statement from Pompeo’s office said.

Pompeo and al-Nahyan also discussed the need to work to “continue countering Iran’s malign influence in the region,” the statement from Pompeo’s office said.

“They discussed regional and bilateral issues of concern, including the need to overcome divisions between Gulf countries,” the statement added.

US threatens to sanction arms manufacturers that sell to Iran

US will do all it needs to do to ensure Iran sanctions enforced: Pompeo