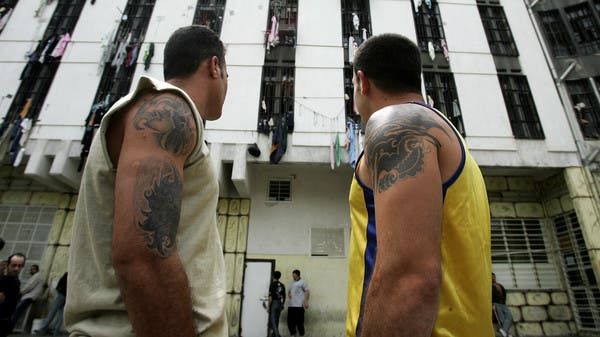 “There are more than 200 confirmed cases of COVID-19 in Roumieh prison,” Sharaf Abu Sharaf told journalists in Beirut, after authorities first announced 22 cases at the weekend.

Abu Sharaf did not specify whether the new cases were all inmates or if they also included prison guards.

But he blamed prisoners for the spike in infections, saying they were not abiding by health measures.

He also called on authorities to speed up trials to ease overcrowding, in a country where suspects can languish in jail for months without a hearing.

Roumieh prison houses more than 4,000 prisoners, around three times its intended capacity, and has long been infamous for its poor conditions.

A video leaked from the prison and shared widely across social media on Wednesday showed nearly 100 inmates demanding immediate measures to ease overcrowding in light of the virus outbreak.

A prisoner speaking on the group’s behalf threatened a “river of blood” unless steps are taken.

Security authorities had first announced 22 coronavirus cases there on Saturday.

They include nine guards and 13 detainees who had been transferred to an isolation unit inside the jail.

Dozens of families of Roumieh detainees staged a protest in front of a Beirut courthouse Monday, demanding a general amnesty for their relatives over fears the pandemic was spreading in the jail.

Caretaker health minister Hamad Hassan has said his ministry was working with the ministries of interior and defense to prepare two hospitals in the eastern Bekaa region and one in the capital to treat detainees.

Covid-19 infections have surged in Lebanon in recent weeks, especially after a massive explosion at Beirut port on August 4 that killed more than 190 people, wounded thousands and ravaged large parts of the capital.

For insulting Erdogan, over 3,800 sentenced to prison in Turkey in 2019: Report