Dubai is fast becoming the new Silicon Valley for many Indian start-ups and tech companies, which are cutting their teeth in the UAE market offering ground-breaking solutions to both private companies and government organisations.

According to analysts and industry insiders, the blossoming partnership with the emirate is driving the city’s technology ambitions and helping to save billions of dollars annually. 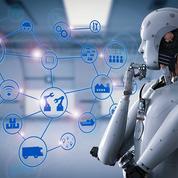 The close ties between the UAE and India is also leading to a surge in hiring of Indian techies by recruitment agencies, which are even bringing in technology executives from Silicon Valley to work for companies in Dubai.

Highlighting the growing preference of Indian early stage tech ventures for Dubai, Dr Saji Gopinath, CEO of Kerala Startup Mission (KSUM), is unequivocal. “When we invite some of the ‘potential’ start-ups to handhold them, they tell us that their dream ventures have already been taken off in Dubai and they have even signed lucrative contracts there.”

Logistics to infrastructure, oil-and-gas to environment and waste management to healthcare are among some of sectors in the UAE which are witnessing massive presence of Indian start-ups and tech majors, which are bagging prized contracts and edging out many global majors. 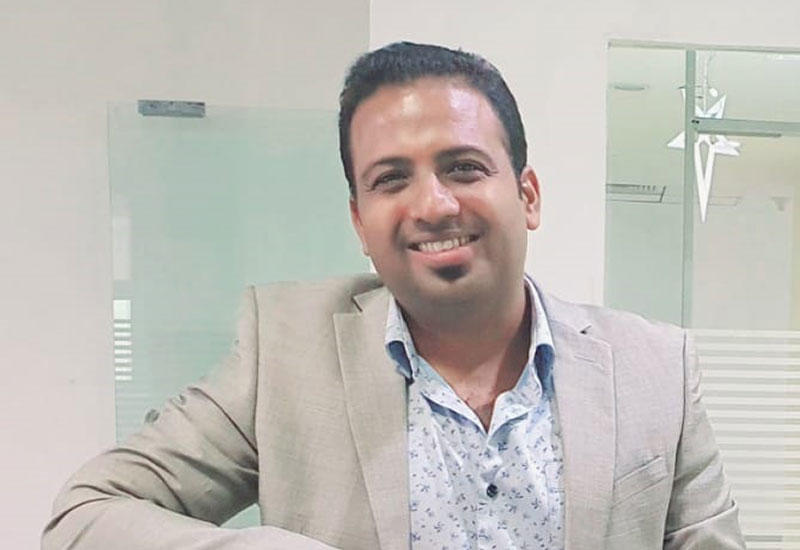 Kurian’s four-year old online education start-up, which won the contract in 2019 to provide online tuition to students across the UAE, has also expanded to signing up with 192 schools across the UAE – including some of the well known British schools – to run classes for all subjects in the coronavirus pandemic-changed education scenario.

Tutor Comp is in the process of hiring over 1,000 teachers from India and countries like the UK, the US and Australia to teach online students in the UAE schools.

Genrobotics, which got selected in the Future Accelerated programme and secured business with Smart City Dubai for cleaning of manholes using robotics, and Aries Estrrado Technologies – a Trivandrum-based start-up – which has landed a mobile application development project contract from Dubai-based Wafi Technology, are among a long list of Indian early state ventures and tech companies which are involved in the ambitious technology innovation initiatives in the UAE.

“We have also been associated with GITEX since 2017 and have showcased around 50 start-ups till date.

“Kerala has been taking exclusive start-up pavilion and this helped more startups to get business in the Middle East,” Gopinath added.

Foaps (Lasper technologies Pvt Ltd), Arctic Bot Pvt Ltd, Alcodex, Conceptbytes and Bitvoice are among a clutch of Kerala-based start-ups which have either been selected for accelerator programme in the Middle East or won high value projects in the region.

Experts say the UAE, and many other countries in the Middle East, gives more weight to Indian tech companies and start-ups when they participate in global bids to win projects there.

Experts point out the first of its kind ‘virtual trade mission’ – Dubai Tech Tour – focused on Indian scale-ups – which was organised last week by Dubai Chamber of Commerce and Industry, in partnership with Startup India and Mumbai Fintech Hub, is a testimony to the growing importance of Indian tech companies in driving the new economy in the UAE.

Middle East among biggest export market for Indian IT firms

Even for India’s globally acclaimed IT industry, the Middle East is fast emerging as a major focus area of late.

“Indian IT companies are increasingly becoming major players in the UAE and beyond in the Gulf region, especially in advance segments such as artificial intelligence (AI), Internet of things (IoT), Cloud, etc,” P M Sasi, CEO of Technopark, which runs several clusters of IT parks in the south Indian state of Kerala, told Arabian Business.

“It works both ways – while a large number of Indian IT companies are running the back operations of companies in the UAE across sectors through their centres in the emirate as also in India, increasingly several UAE companies are also setting up centres in India, taking advantage of the large talent pool, for similar operations,” Sasi said. 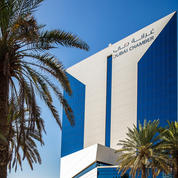 “We expect a substantial increase in this number (of UAE companies coming to set up centres in India) in the coming months and years, as we get several enquiries for this every month,” Sasi added.

The growing trend of Indian firms working for UAE companies is also reflected in the changed working calendars – Sunday to Thursday – being followed by many companies, including giants like EY.

“Technopark and Infoparks used to see huge crowds (of employees) on Sundays prior to the pandemic period,” Kurian said smiling, as offices and establishments across India are closed on Sundays.

Significantly, Sasi says even some of the multinational IT companies are approaching Technopark to set up centres because of proximity to the Middle East market.

“An MNC mobile company has recently approached us for setting up a manufacturing facility as they think it would be much more feasible to export to the Middle East from Kerala because of close geographical proximity and great connectivity,” Sasi revealed.

The acceleration of digital during the COVID-19 pandemic is shaping the next normal. It is a launching pad for organizations to become virtual, digital-centric, and agile—and to do it all at lightning-fast speed. #Godigital pic.twitter.com/AabVeXxaOT— Technopark (@mytechnopark) September 9, 2020

Kerala, which has four international airports, has more flight services to the UAE and other countries in the region, compared to other Indian states.

According to Sasi, for states like Kerala, software exports to the Middle East now accounts for about 50-60 percent.

Spike in tech hiring in the UAE

The UAE-India technology partnership has also led to a surge in hiring for talents from India for companies and government organisations in the emirate.

“We are seeing a big jump – about 30 percent – in hiring for senior tech roles for UAE so far this year,” A Ramachandran, managing partner at EMA Partners, Dubai, told Arabian Business. 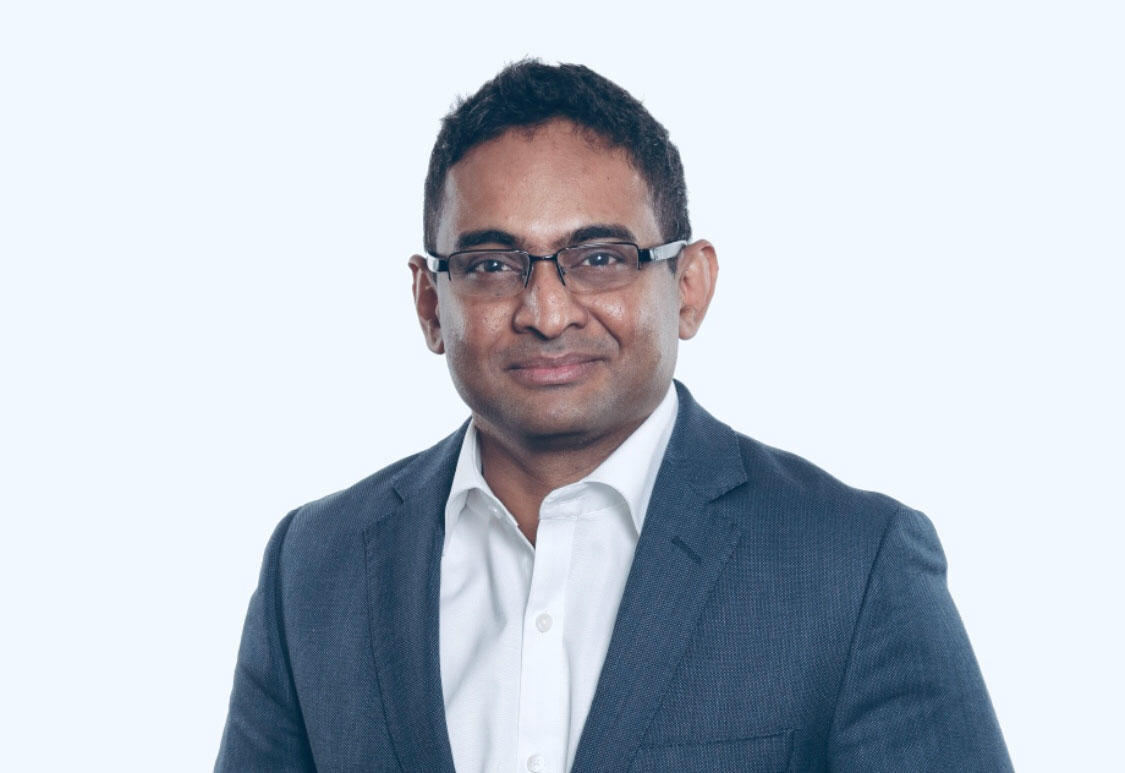 EMA Partners, which describes itself as a ‘retained search firm’, hires only at top rung levels – CEOs, CXOs and a level below.

The rising demand for Indian techies in the UAE can be judged when Ramachandran says his firm even hires Indians working in Silicon Valley for jobs in the UAE.

“Many of these (Valley) guys prefer the UAE because it is just a stop away (short duration flight) from their home towns in India,” Ramachandran pointed out.

Industry insiders say hiring for mid and lower-level tech jobs for markets like the UAE could be substantially higher this year, riding on the spike in demand by companies beefing up their tech departments and technology applications in the wake of the pandemic-induced changes in business operations.

“Interestingly, we are getting more and more mandates for hiring of tech guys for senior roles even from industrial companies – the brick and mortar ones,” Ramachandran said, adding that this is a reflection of the emerging trend of how even traditional companies are fast adapting technology to remain competitive in the changed market situation.

“A job of a data analyst in a traditional company will be significantly different from that in a, say, fintech company,” he said.

Irrespective of the roles or tools, experts say, Indian geeks are set to change the technological and economic landscape of the UAE.