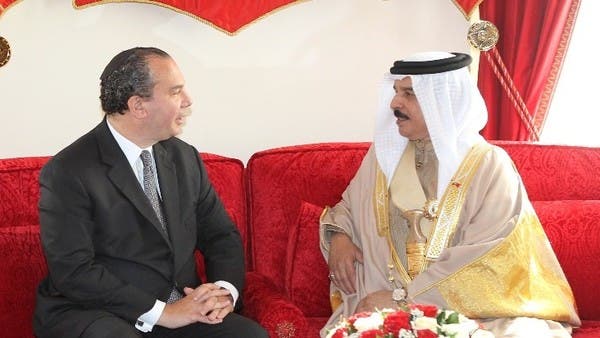 Bahrain and Israel will sign a historic agreement of normalization on Tuesday, but in the last three years, the countries have interacted in various ways – from interfaith trips to security conferences.

Here are seven events that paved the way to Tuesday’s landmark moment:

An interfaith group from Bahrain traveled to Israel for a three-day visit on December 12, 2017.

The 25 participants included Muslims, Christians, Hindus, and Buddhists, according to The Associated Press, which reported that half of the group were Bahraini citizens.

Bahrain News Agency (BNA) said at the time that the group did not “represent any official entity” in the country.

Rabbi Marc Schneier led the community, and he was later appointed special advisor by the King of Bahrain to the King Hamad Global Centre for Peaceful Coexistence.

“We visited the synagogue in Manama and the Jewish cemetery,” Schneier told Al Arabiya English.

Last year Bahrain hosted the White House’s Peace to Prosperity workshop in Manama, where the Trump administration rolled out its $50 billion Middle East economic plan and proposals to solve the Israeli-Palestinian conflict.

The White House did not invite Israeli officials to the event, but Israeli journalists, who were invited to cover the conference, interviewed Bahrain’s then-foreign minister Khalid bin Ahmed Al Khalifa.

Al Khalifa and Israel’s then-Foreign Minister Israel Katz met publicly for the first time in Washington, DC at a US State Department event on religious freedom.

A photo of the two officials was shared by the State Department.

Yesterday I met publicly with the Foreign Minister of Bahrain 🇧🇭 @khalidalkhalifa at the @statedept Ministerial on Religious Freedom
Another example of our growing diplomatic connections
I will continue to work with @IsraeliPM to advance Israel’s relations with the Gulf countries pic.twitter.com/EElPlWbwiZ

Katz later said in a tweet that he discussed Iran and regional threats with Al Khalifa.

Former Chief Rabbi of Jerusalem Shlomo Amar visited Bahrain on December 9, 2019 to participate in an interfaith forum alongside religious leaders from Kuwait, Lebanon, Egypt, and Jordan.

Israel agreement ‘not a political treaty, it’s a treaty of coexistence’: UAE official

Direct flights from UAE to Israel possible by end of 2020: Israeli spokesperson