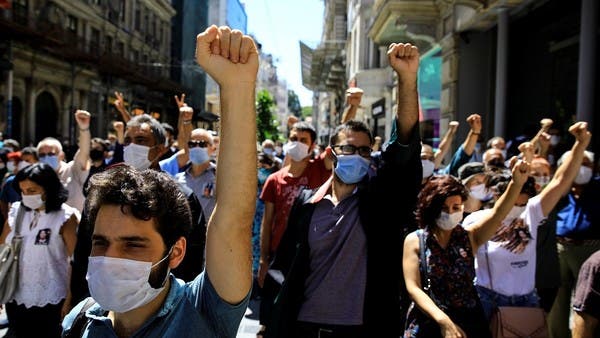 Turkish and international lawyers’ groups have voiced concern over the arrest of dozens of lawyers, saying they had been doing their job when representing clients accused of links to the network Turkey blames for anattempted coup in 2016.

The Ankara state prosecutor’s office ordered the detention of 60 people on Friday, including 48 lawyers and others in the legal sector, suspected of operating in support of the network of US-based Muslim cleric Fethullah Gulen.

The suspects were part of a structure within the Gulenist network which sought to “steer investigations in favor of the group under the guise of attorney activities”, the prosecutor’s office said.

The Istanbul Bar Association described the arrests as intimidation. In a statement released on Monday, it said the allegations related to the execution of their duties as lawyers, representing clients accused of Gulen links.

Why is Turkey’s Erdogan persecuting the Gulen movement?

“A lawyer cannot be identified with their client,” the association said. “Intimidation which hopes to restrict the lawyers’ duty … will impact the public as much as lawyers and gradually destroy confidence in justice.”

“Lawyers should never be arrested or sanctioned for representing their clients, or identified with their clients causes,” said Roisin Pillay, Director of the ICJ Europe and Central Asia Program.

In a crackdown since the failed coup, in which 250 people were killed, tens of thousands of people have been arrested. Gulen, a former ally of President Tayyip Erdogan, has denied involvement in the putsch.

On Tuesday, prosecutors in the western province of Izmir ordered the arrest of 66 suspects, including 48 serving military personnel, in an investigation of the armed forces, state-owned Anadolu news agency reported.

In the post-coup crackdown, more than 20,000 people had been expelled from the Turkish military.