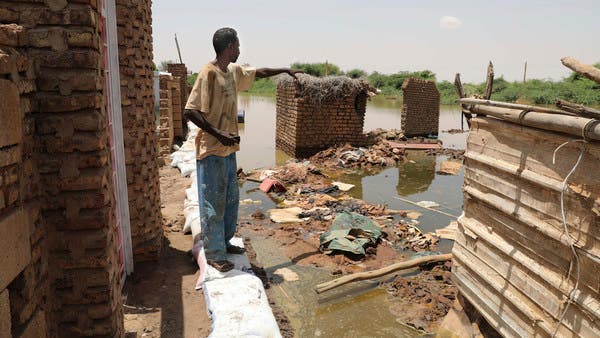 Sudan has appealed for more aid to combat the impact of catastrophic floods across the country, over which Khartoum has already declared a three-month state of emergency.

“The health situation in Sudan wasn’t at its best anyway, and it is becoming more and more challenging,” Sudan’s Foreign Affairs Minister Omar Qamareddine said, as emergency aid from Bahrain arrived on Monday.

Over 110,000 homes have been damaged or destroyed by floodwaters, according to the government, increasing the risk of water-borne diseases and hampering efforts to stem the spread of novel coronavirus.

“People will need more and more medicines and they will need mobile medical units because it’s a huge country,” Qamareddine added.

Watch: On #Sudan’s Tuti Island, where the Blue and White Nile meet, the highest river waters since records began have left people struggling to hold back the rising floods.#SudanFloodshttps://t.co/T7qUdwgCjn pic.twitter.com/lEmcuoujjo

At least 650,000 people have been affected since the start of the rains in mid-July, more than 110,000 in the first week of September alone, the United Nations said Monday, quoting figures from Sudan’s Humanitarian Aid Commission.

Over a hundred people have been killed and more than 50 injured in the floods, according to the Sudanese civil defense.

“The unprecedented flooding has surpassed the forecast and partners are running out of supplies,” the UN Office for the Coordination of Humanitarian Affairs (OCHA) said.

Qamareddine said that aid needs were “huge,” but that the response from Arab countries had been “very good.”

Egypt, Saudi Arabia and the United Arab Emirates have sent tons of aid to Sudan in recent weeks, but Qamareddine said more was needed.

“We are asking the international community to move a little faster to help,” he said.

A senior #Sudanese humanitarian official praises #Saudi Arabia’s support for victims of the recent deadly floods in the country.

Qamareddine added that US Secretary of State Mike Pompeo “also promised to help with some emergency assistance.”

Heavy rains usually fall in Sudan from June to October and the country faces severe flooding every year.

But officials have recorded the highest water levels on the Blue Nile – which joins the White Nile in the Sudanese capital Khartoum – since records began over a century ago.