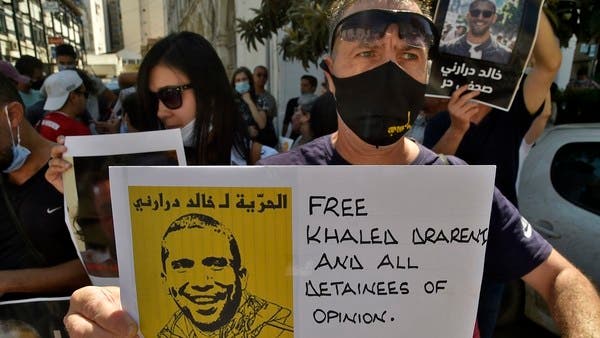 Algerian journalist Khaled Drareni was jailed for two years on appeal Tuesday, a defense lawyer said, in a case seen as a barometer of press freedoms in the North African country.

“Two years in prison for Drareni. We are going to appeal to the supreme court,” lawyer Mustapha Bouchachi said.

Although Drareni’s sentence was reduced by a year from an August judgement, press freedom watchdog Reporters Without Borders (RSF) condemned it.

“We are outraged by the blind stubbornness of the Algerian judges who have just condemned (Drareni) to 2 years in prison,” RSF secretary general Christophe Deloire tweeted after the verdict was announced.

“Khaled’s detention proves the regime locks itself into a logic of absurd, unfair and violent repression.”

Drareni, 40, has been in custody since March and was sentenced in August to three years in jail for his coverage of Algeria’s year-long anti-government demonstrations.

The prosecutor had originally called for a four-year prison sentence.

Editor of the Casbah Tribune news site and correspondent for French-language TV5 Monde, the journalist was found guilty of “inciting an unarmed gathering” and “endangering national unity.”

He was also accused of having criticized on Facebook the “corruption and money” of the political system and having published a statement from a political coalition in favor of a general strike, according to RSF, for which Drareni also works.

Khaled Drareni was tried along with Samir Benlarbi and Slimane Hamitouche, two figures of the protest movement known as “Hirak.”

Facing the same charges, Benlarbi and Hamitouche were sentenced to four months in prison and released on time served.