Businesses in Dubai were on Friday put on notice that they will be ordered to close for breaking rules around measures to halt the spread of coronavirus in the emirate.

As new daily cases of the virus remained at multi-month highs, Dubai Economy, the government authority overseeing economic issues, announced it has shut down a restaurant and issued fines to a gym.

The “crowded” restaurant, which was not identified in a series of tweets on its official Twitter feed, was ordered to close while the gym, also unnamed, was fined for non-adherance to social distancing rules.

Dubai Economy also revealed that its inspectors discovered a total of 578 shops in the emirate which have been fully complying with coronavirus precautionary measures and procedures during the past 24 hours. 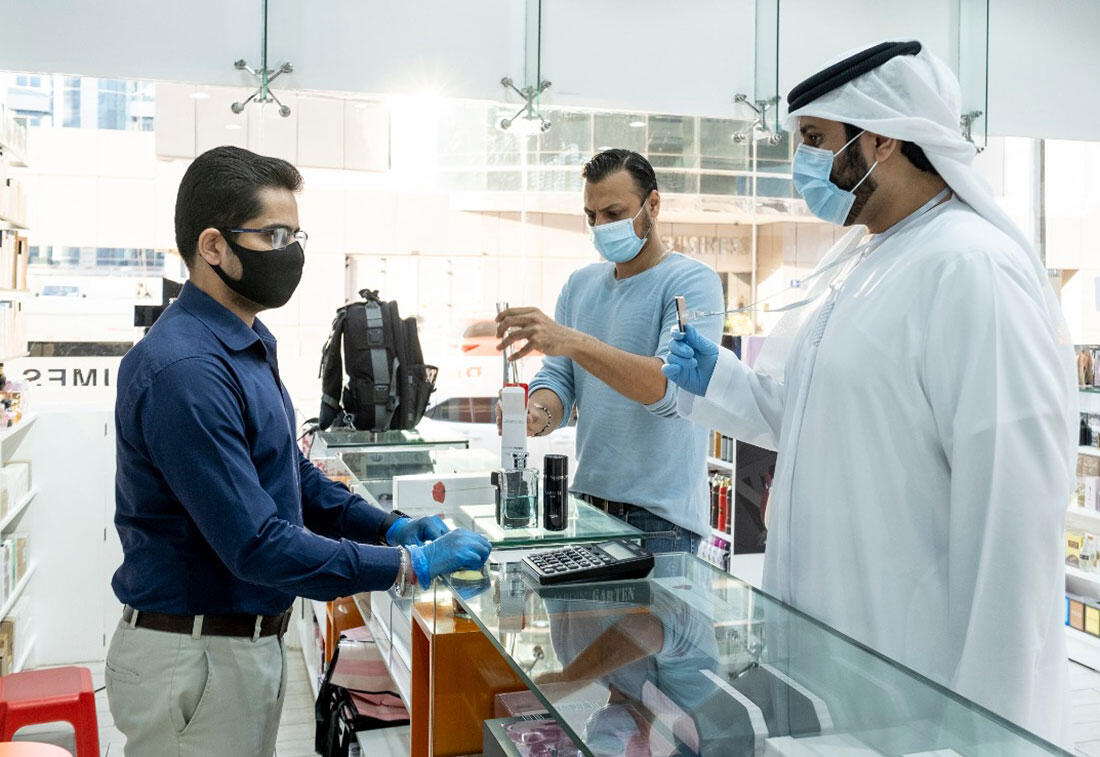 Field inspections are ongoing, Dubai Economy said, adding that it warned that non-adherence “will not be tolerated”.

Dubai Economy reaffirmed that any excesses or non-compliance that pose a risk or harm in any way will be dealt with “firmly and in accordance with the laid-down procedures”.

It added that adhering to the precautionary measures and ensuring public health and safety would enable business continuity following the reopening of various economic sectors in Dubai.

The daily inspection visits cover all areas in Dubai, including open markets and commercial centres. They are primarily aimed at spreading awareness on the necessity of adhering to a “everyone is responsible” message.

Earlier, Abu Dhabi Police said it had referred three people to the Emergency, Crisis and Disasters Prosecution for hosting a wedding reception at their house in violation of coronavirus rules.

The groom, his father and the bride’s father have all been referred to the prosecution while legal action is being taken against all those who attended the ceremony.

The fines include AED10,000 for whoever invites or organises gatherings, meetings, private and public celebrations or being present in groups at public places or private farms.

Attending guests will also be slapped with a fine of AED5,000, state news agency WAM said.

Abu Dhabi Police urged the general public to comply with the Attorney-General’s resolutions regarding social distancing and family gatherings.

On Thursday, the UAE’s National Emergency Crisis and Disaster Management Authority urged citizens and residents to be more vigilant.

The authority urged a “one challenge, one destiny” approach after it was revealed that 88 percent of recent coronavirus detections were from public gatherings, with people not abiding by quarantine rules.

Among the factors associated with the increase in new cases were a leniency in abiding by rules of social distancing and face masks while some shopping malls failed to reduce capacity as instructed by authorities.

It is now six months since the WHO declared the novel coronavirus a pandemic.

Worldwide, there have been more than 27.7 million confirmed virus cases, according to an AFP count based on official statistics, with the worst-hit region Latin America and the Caribbean, followed by Europe.